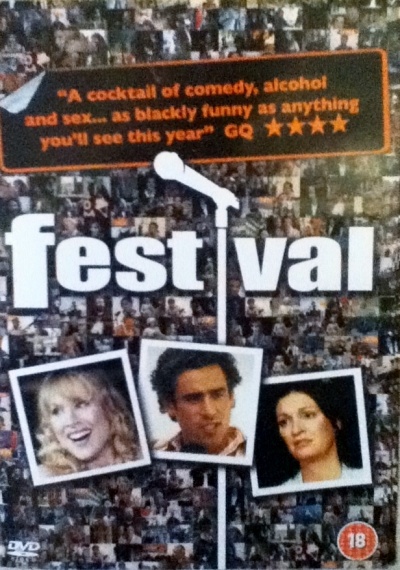 'Festival' is a black comedy set during the annual Edinburgh Fringe festival. The film is based around both the judging of a major comedy award and the performers at one of the smaller venues. Various plot strands interweave, including the bitter relationship between a famous self-obsessed British comic and his ever-suffering assistant, an actress debuting at the festival with a one-woman show about Dorothy Wordsworth and a depressed, rich housewife who spies on the stoned Canadian theatre troupe to whom she has rented out her house