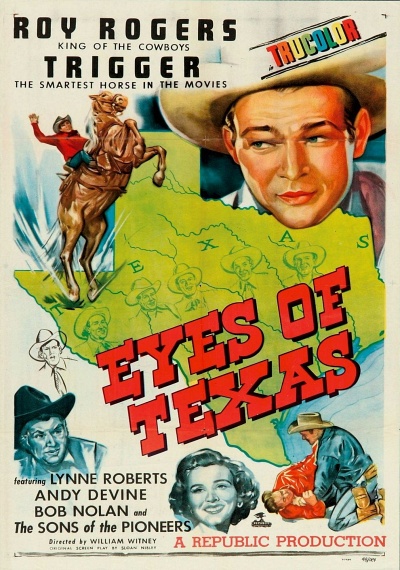 After World War II, ranch owner Thad Cameron (Francis Ford) decides to turn his ranch into a home for the orphaned sons of U.S. soldiers. However, Thad's female lawyer Hattie Walters (Nana Bryant) wants Thad's fortune and valuable ranch land for herself. She has already used her vicious gang of henchman to scare off or kill all the owners of the surrounding ranches, blaming any deaths on a pack of wolves who roam the area. When Thad is killed, U.S. Marshall Roy Rogers doesn't believe the official story about wolves killing Thad after he easily befriends and tames one of the wild dogs. It's up to Roy to stop Hattie and her gang before she can snatch Thad's land by having a fake long-lost relative claim the ranch. One of Roy's more violent movies.