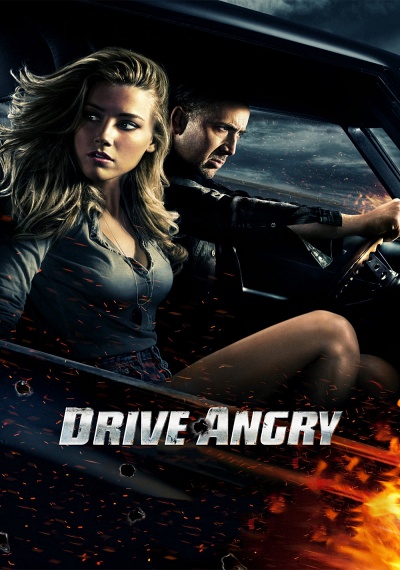 In the high-octane, action-adventure DRIVE ANGRY, Nicolas Cage stars as an undead felon who breaks out of hell to track down and kill a group of cult-worshipping cutthroats who brutally murdered his daughter and kidnapped her baby. Armed with a shot gun and a '69 Charger, Cage teams up with sexy, tough-as-nails waitress Piper (Amber Heard) and the two begin a rampage of redemption through the back woods of the south, all while being pursued by an enigmatic killer (William Fichtner) who has been sent by the Devil to retrieve Milton and deliver him back to hell.