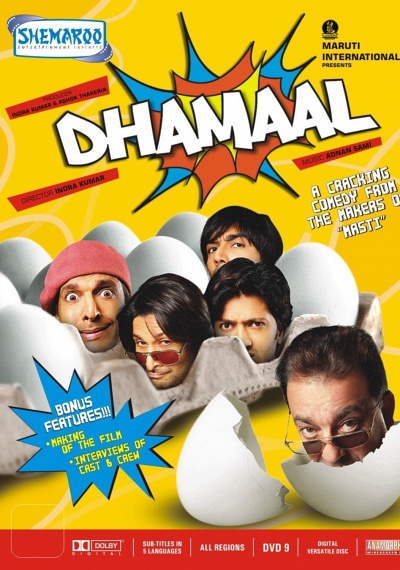 Four slackers and con-men namely: Boman Contractor, who lives a wealthy lifestyle with his eccentric dad, Nari, who loves his antique car more than his son, and asks his son to leave when he damages the car; hot-headed Aditya and dim-witted Manav, orphaned brothers; and Deshbandhu Roy, a trickster who wears a magnetized belt; share a room with a lenient landlady, who eventually gives up on them and kicks them out. After a number of con tricks, the group are arrested by the Police, but released in the countryside.