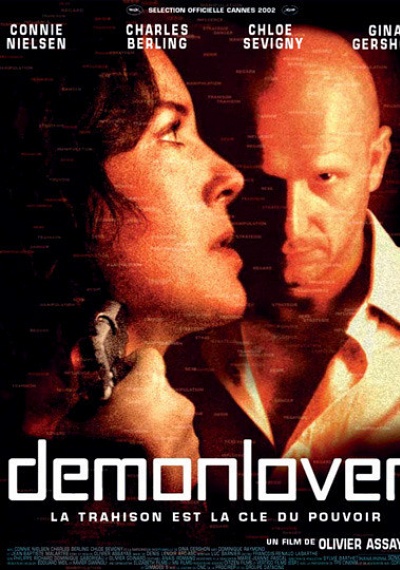 A corporate mole (Connie Nielsen) attempts to derail a deal between a French tycoon and an American Web site called Demonlover (represented by Gina Gershon), which specializes in sex and violence. But things get really dicey when she discovers a link between one of the companies and an "interactive torture" Web site that crosses the line into airing snuff films as well.