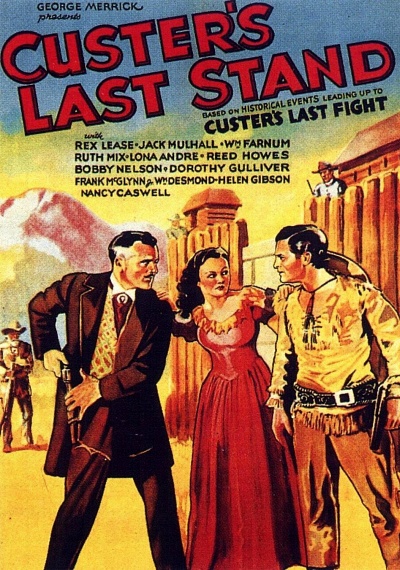 A mystical medicine arrow, the key to a lost gold treasure, is lost in one of many Indian attacks. It is recovered by the only two survivors, a Major and his daughter, who become the targets of those who wish to possess it. General George Armstrong Custer and army scout Kid Cardigan attempt to stop the ensuing war over the arrow, but fail in their efforts, which becomes the historic Custer's Last Stand. Many historical figures and western stars of the time appeared in cameos in the feature, including Calamity Jane (Helen Gibson), Elizabeth Custer (Ruth Mix), Buffalo Bill Cody (Ted Adams), Sitting Bull (Howling Wolf), Wild Bill Hickock (Allen Greer), Chief Crazy Horse (High Eagle). A fun, if not historically accurate, wild western tale.