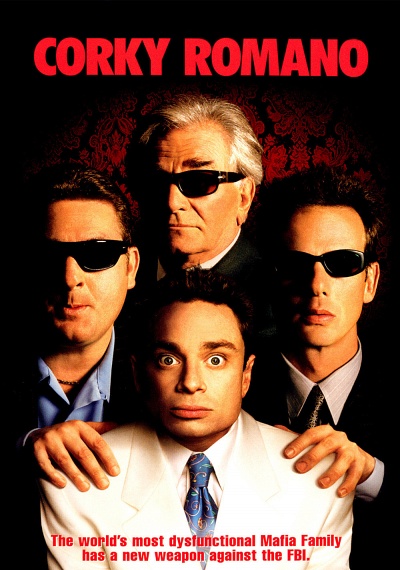 Chris Kattan (A Night At the Roxbury, TV's Saturday Night Live), Peter Falk (TV's Columbo), Peter Berg (Cop Land, TV's Chicago Hope), and Chris Penn (Rush Hour) star in this hilarious, fish-out-of-water comedy caper from two of the producers of The Waterboy. Naive, bumbling Corky Romano (Kattan), the outcast son of a Mafia boss (Falk), is recruited by his family to infiltrate the FBI and steal any and all evidence that will put his cranky father in jail. But he's in way over his head when he's made out to be a super agent! It's a reputation he must live up to as he tries to fake his way through one tough assignment after another while hunting for the elusive incriminating proof of his father's illegal activities.