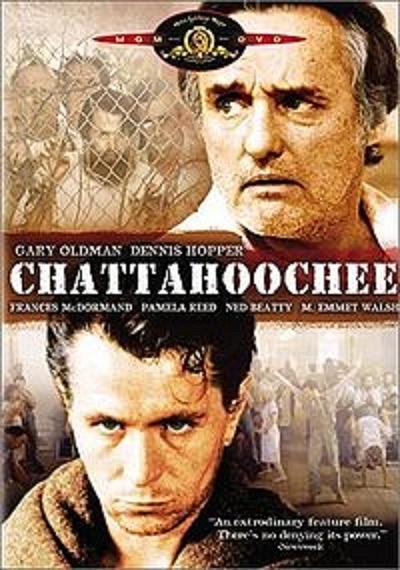 Southern Florida, 1955. The quiet peace of a small town is shattered by the sudden outburst of gunfire. The man responsible is Emmett Foley (Gary Oldman), a decorated war hero and a simple, honest man. Unable to adjust to civilian life, Emmett realizes he is worth more money dead than alive, and goads the police to kill him, allowing a large insurance settlement for his wife (Frances McDormand). But when the police capture him alive, Emmett is declared insane and is thrown into the brutal confines of Chattahoochee, the state mental institution. His world is now a living hell, filled with sadistic practices, unsanitary conditions, and an uncaring head doctor (Ned Beatty). But through his friendship with a fellow patient (Dennis Hopper), Emmett's sense of honor and self-esteem re-emerge.