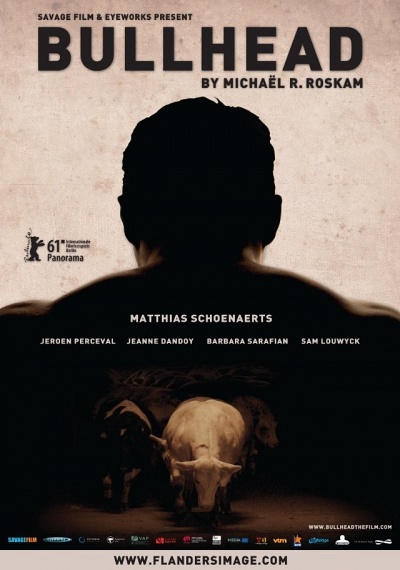 NOMINATED FOR BEST FOREIGN FILM! In perhaps the year's most stunning international debut, Michaël R. Roskam's BULLHEAD is a harrowing tale of revenge, redemption and fate. Domineering cattle farmer Jacky Vanmarsenille (Mattias Schoenaerts in a ferocious breakout performance), constantly pumped on steroids and hormones following a childhood trauma, initiates a shady deal with a notorious mafioso meat trader. When an investigating federal agent is assassinated and a woman from his horrid past resurfaces, Jacky must confront far-reaching consequences and whether the real meaning of manhood is hormonal or emotional. Acclaimed at festivals worldwide, the award-winning BULLHEAD is visceral saga bursting with rage that TwitchFilm calls "one of the most original crime films in recent memory."