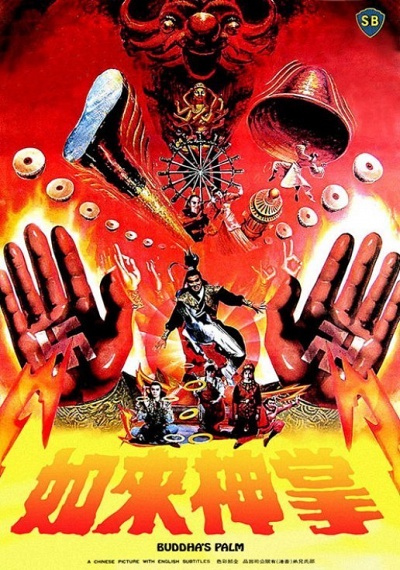 The plot involves a scarred swordsman humiliated by his beloved's betrothed, a master of the Buddha's Palm technique who is after his master's killer, and several competing clans with various powers who eventually all face the evil Monster Foot master or Heavenly Foot of Ten Thousands Swords. There's laser and soundwave-fu, a pantomime pet dragon, flying spinning chainsaw-like knives, a foot that elongates and becomes a massive table-sized limb, a flying flattened-golden-Buddha burglar defense system, a Dragon-Tumor duo that features a midget-kid melting opponents with green acid from his tumor, an elaborate mechanical death-trap, and much more.