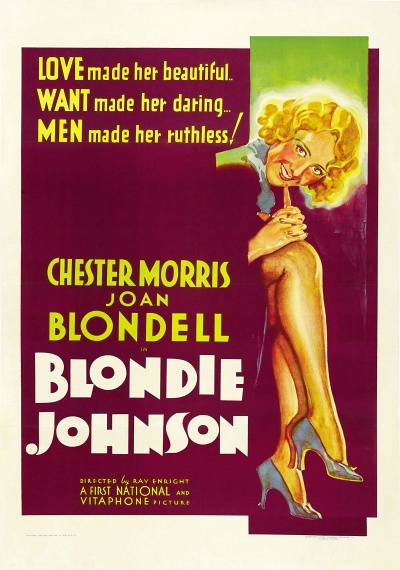 Joan Blondell, one of Hollywood's most memorable blondes, gets top billing in this protofeminist crime yarn as tough as a taxi dancer's heart. Blondell's first starring role was also a change of pace for a contract player usually cast as a chorus cutie or the male lead's loyal doxy. Instead she plays the title character, a Depression-downtrodden waif who uses her brains instead of her body to rise from tyro con artist to crime boss.