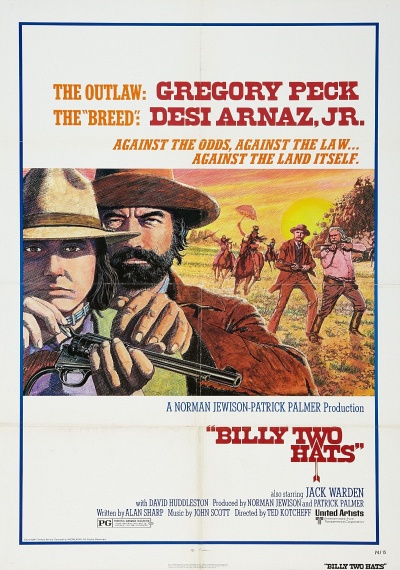 Gregory Peck, a grizzled old Scottish bandit operating in the American West, teams up with a young "half-breed" (Desi Arnaz, Jr.) to commit a robbery. Things go badly: the haul nets them only $420 and they accidentally killed a citizen. Arnaz is captured, and Peck, rescuing him, is severely wounded in the leg. Now they are on the run. Peck and Arnaz meet a rancher and his young wife, and pay the rancher to haul Peck to a doctor in his wagon--four days away. Left alone, Arnaz and the rancher's wife are the inevitable victims of the "birds and the bees," an idyll interrupted by a racist sheriff (Jack Warden) who has been after Arnaz. A final deadly confrontation will involve the sheriff, the rancher, Peck and a murderous band of Indian renegades. Ted Kotcheff directed this first Western shot in Israel.