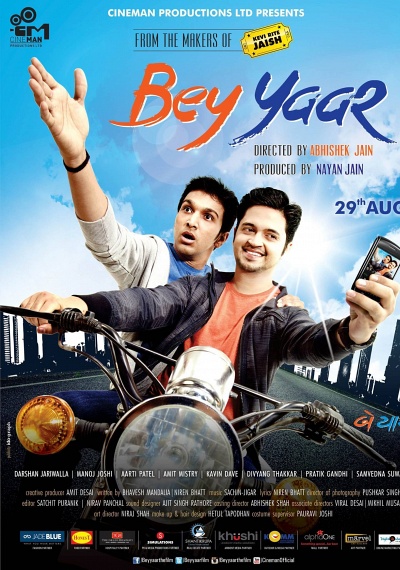 From the makers of "Kevi Rite Jaish", brings to you coming-of-age Indian Gujarati film "Bey Yaar" directed by Abhishek Jain and produced by Nayan Jain. The film is about friendship between the two friends who make a desperate attempt to get rich by false means, putting their moral values at stake and end up losing their pride and dignity. Later, they embrace the wrong path to set things right and snatch back what was rightfully theirs.