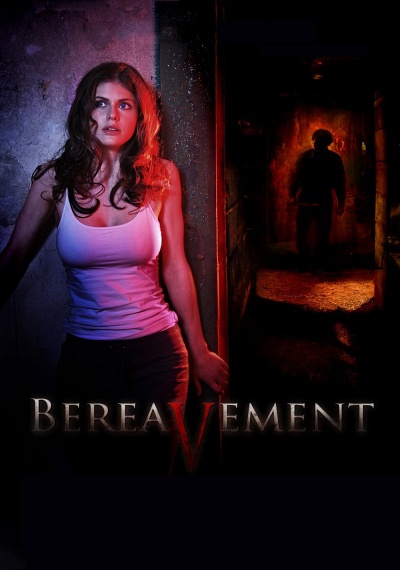 In 1989, six-year-old Martin Bristol (Spencer List of THE ORPHAN KILLER) was kidnapped from his backyard. Graham Sutter (Brett Rickaby of THE CRAZIES), a psychotic recluse, kept Martin imprisoned in his derelict slaughterhouse, forcing him to witness and participate in unspeakable horrors. For five years Martin's whereabouts have remained a mystery, until a young girl (Alexandra Daddario of PERCY JACKSON & THE OLYMPIANS: THE LIGHTNING THIEF) is sent to live with her uncle (Michael Biehn of ALIENS). Her curiosity about the deserted slaughterhouse disturbs a hornet's nest of evil and despair that once torn open can never be closed. In this prequel to the cult classic Malevolence, Bereavement is hailed by HorrorNews.net as "the new gold standard in the Psycho Killer genre."