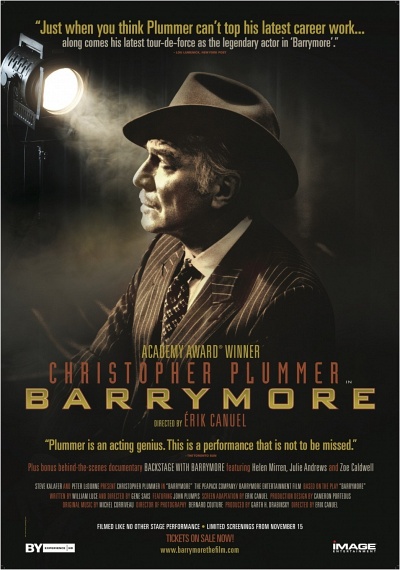 Academy Award-winner Christopher Plummer reprises his Tony Award-winning performance as iconic stage and screen idol John Barrymore in this bold and brilliant tour-de-force film. At the height of his remarkable career, John Barrymore was the most celebrated entertainer of his generation. The reigning king of both Broadway and Hollywood, his decline and fall from grace was the tragic result of a self-destructive spiral into vice and excess. And now, with his career in tatters, he makes one final attempt to reclaim his former glory on the stage in this powerful, heartbreaking, humorous and compassionate portrait of a tortured soul and living legend.