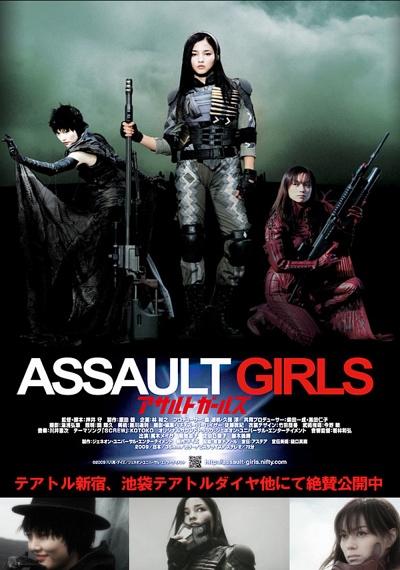 In the aftermath of global thermonuclear war, three battletested women distinctly armed with assault rifles and electrifying magic are transported to the virtual world of Avalon F. It's here these beautiful women known as Assault Girls must test their fighting skills in an epic virtual battle against sand-dwelling monsters known as Sand Whales. As the virtual game begins to unfold, the sparkle of "muzzle flash" begins to fade and assault ships gather overhead. The end is near when suddenly a gigantic super mutation called "Madara Sunakujira" attacks and the battle for survival begins.