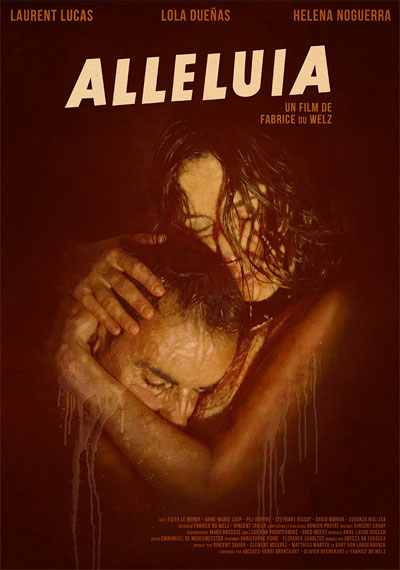 Michel is a serial womaniser and professional hustler. When he meets Gloria, she falls in love with him just like the others. But this time, things will be different. Gloria finds her reason to live in Michel. Their love is passionate, limitless. When Gloria discovers Michel's hustling she becomes his accomplice rather than risk losing him. Together they embark on a wild odyssey that becomes deadly and murderous. Their unfettered passions will drive them to the brink of insanity. Alléluia is the adaptation of a news event which shook the United States from 1947 to 1949, the story of Martha Beck and Raymond Fernandez, lovers and serial killers, whose infamous murders earned them the name 'The Lonely Hearts Killers'.