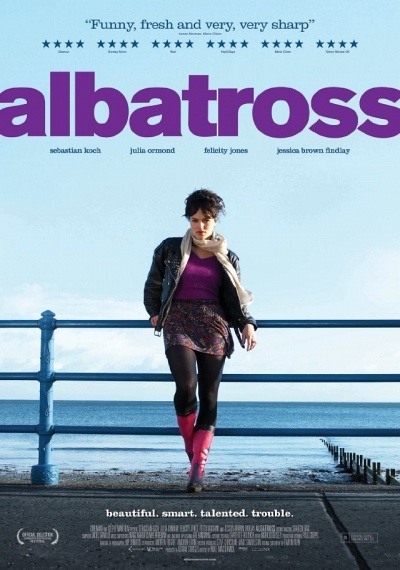 Seventeen year old force-of-nature EMELIA (newcomer Jessica Brown Findlay) starts a new job at The Cliff House, a small hotel on the South Coast of England, run by the dysfunctional Fischer family. BETH FISCHER (Felicity Jones), also seventeen, is cramming for her exams in a desperate bid to escape to University. Dad JONATHAN (Sebastian Koch) is an author. Once the bright young thing of the literary establishment, he is now suffering interminable writer's block. Wife JOA (Julia Ormond) runs the hotel Jonathan bought with earnings from his first book. She resents it, him, and everyone around her as she gave up her 'promising career as an actress' for this. Her only hope is 6-year-old daughter POSY (Katie Overd) who is showing great promise as a performer herself. Emelia has been brought up by her grandparents but has a strained relationship with her GRANDPA (Peter Vaughan). She is an aspiring writer; believing she is following in the footsteps of her great-grandfather Sir Arthur Conan-Doyle. Jonathan sees promise in Emelia and begins to tutor her, but their relationship quickly crosses the pupil-teacher line and they embark on a love affair. At the same time, Emelia and Beth strike up a surprise friendship: Emelia's free-spirit helps Beth learn to let her hair down and Emelia is inspired by Beth's determination and focus. Secrets are revealed and relationships implode as the threads of the story collide and unravel. Can Emelia get rid of the Albatross that hangs round her neck and rewrite herself?