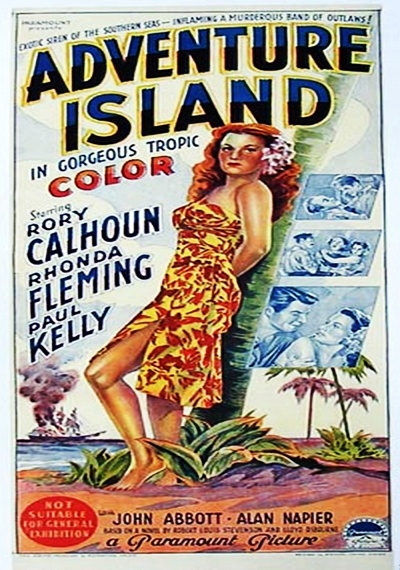 Rory Calhoun, Paul Kelly and John Abbot are beachcombers/semi-derelicts on an unnamed but well-policed tropical island. Kelly, a sea captain in disgrace, is ordered to pilot a ship full of champaigne to Sydney, that has been lying in the harbor since its captain and most of the crew died of plague. He takes the other two along and plans on sailing elsewhere to sell the cargo. After anchors aweigh, they discover that Rhonda Fleming, the daughter of the deceased captain, is on board. This complicates matters, as does a fire on board, as does the discovery that the champaigne cargo is really water. They arrive at an uncharted island ruled by Alan Napier, a sophisticated British gentleman who is several cards short of playing with a full deck. Crazy as a bedbug. Written by Les Adams