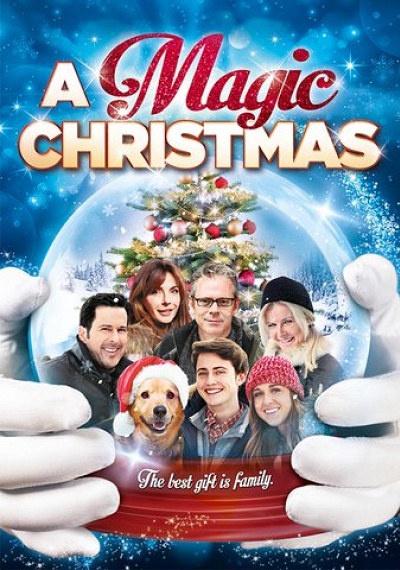 Jack Carter, a modest, middle-aged man, and owner of a bakery has found himself and his family in a rut. Not only can he not provide his family with the finer things, he has also found he is not as close to his kids as he would like to be. His 17 year-old son Kyle is constantly preoccupied with sports and will be leaving for college soon; his daughter Sienna (14) is always lost in her phone. So for the upcoming Christmas holiday, Jack has the brilliant idea to reconnect with his family while also trying to spark his desired career in writing by going on a Christmas vacation to a cabin resort in the mountains without any technological distractions – no phones, iPads, etc., and embark on their trip to have the best Christmas vacation ever! From the get-go, however, the trip seems to be doomed: their cabin is a dilapidated disaster, the kids are constantly complaining, and then Jack runs into his estranged, uber-competitive friend, Robert, who used to go on vacation with Jack to the resort as kids. Robert is everything Jack wishes he could be: rich, successful, and better than Jack at everything. And while Jack and his family stay in a cold, run down cabin, Robert and his family stay in one of the resort's newly renovated and fanciest cabins. Robert seems to upstage Jack at every turn, and Jack's family appears to be entranced by Robert and his wealth, leaving Jack to feel like a failure. Jack plans to one-up Robert at the very games Robert used to beat him in so long ago as kids: the Farthering Pines Winter Olympics – a series of events that Jack's dad came up with. Jack's plan, however, backfires and Robert winds up beating Jack once again. Jack has had it. His emotions get the best of him and he apologizes to his family for letting them down as a provider, but his family reveals that they feel they have the best father or husband anyone could ask for. Jack finally realizes that the love of his family is more rewarding than anything money could buy.