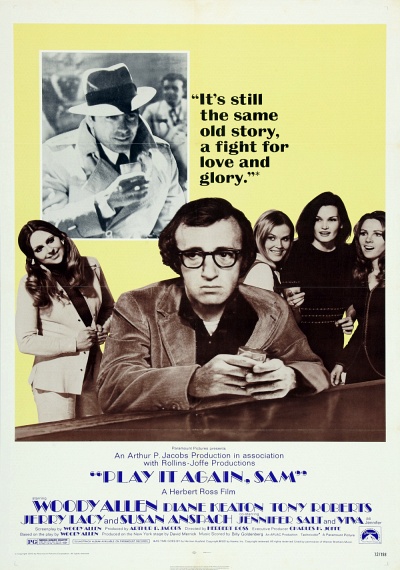 Woody Allen's wonderful comedy was his first film with Diane Keaton, a relationship that would eventually bring them both Oscar ("Annie Hall"). Allen plays Allen, a fanatical movie buff with an outrageous recurring hallucination: Humphrey Bogart offering tips on how to make it with the ladies. His married friends Dick and Linda (Tony Roberts and Diane Keaton) fix him up with several eligible young ladies, but his self-confidence is so weak that he's a total failure with them all. Eventually, Allen discovers that there is one woman he's himself with: Linda, his best friend's wife. The final scene is a terrific takeoff on "Casablanca's" classic ending, complete with roaring plane propellers, heavy fog and Bogart-style trenchcoats.