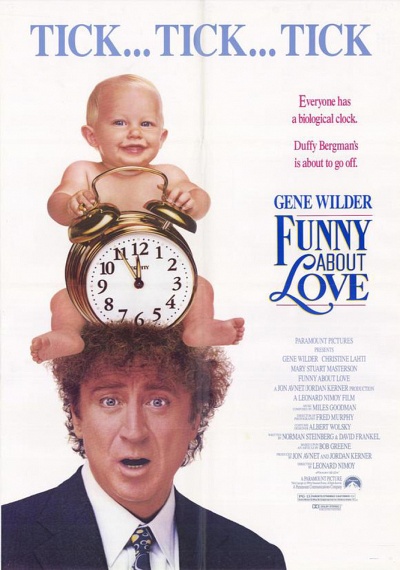 He wants to be a family man in the funniest way. With Gene Wilder in the lead role, you can be sure there's something Funny About Love! Wilder, the star of Silver Streak, See No Evil, Hear No Evil and other laugh-filled favorites, joins Christine Lahti and Mary Stuart Masterson in this sometimes tender, always terrific romantic comedy directed by Leonard Nimoy (Three Men and a Baby). The story centers on Duffy Berman (Wilder), a famed cartoonist who's biological clock has sounded...just in time for a mid-life crisis. Duffy wants a child. And when his marriage fails to produce one, he begins a comic quest for fulfillment.