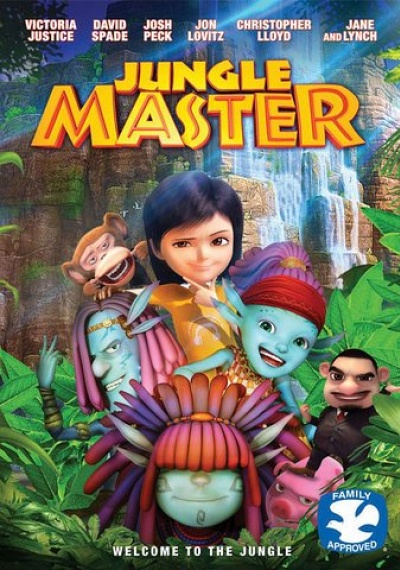 When Rainie (Victoria Justice, Victorious, iCarly) runs away from home after her mom (Jane Lynch, "Wreck It Ralph", Glee) forgot about her birthday, she is magically transported from the big city to an enchanted jungle in an unfamiliar land, where she meets Blue (Josh Peck, "Ice Age: Continental Drift", Drake & Josh). With the help of Blue's grandfather (Christopher Lloyd, "Back to the Future") and their newfound friend Mulla (Jon Lovitz, "Grown Ups 2"), they embark on an epic adventure to help Blue become the leader he is destined to be and save the rainforest from the villainous Boss Cain (David Spade, "The Benchwarmers").