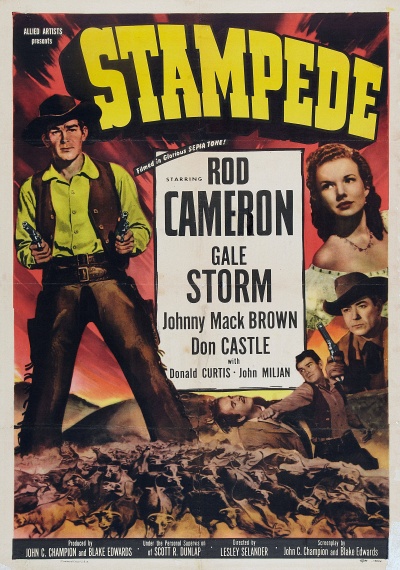 Stampede is a choice example of the Lesley Selander B-plus westerns of the late 1940s/early 1950s. Rod Cameron and Don Castle star as feuding brothers who own separate cattle ranches. The siblings find themselves on opposite sides of a water-rights battle, in which settlers are being deprived water by a gang of clever criminals. The war turns ugly before the film is over, resulting in the destructive stampede promised by the title. Despite poor reviews from big-city critics, this stacks up favorably against the more costly big-studio westerns of the era.