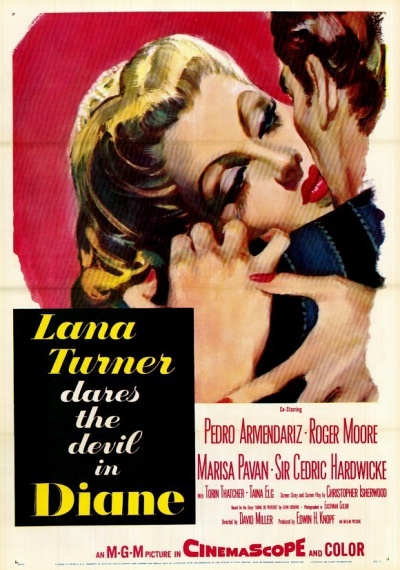 Lana Turner dons the velvet and pearls for this historical epic derived from the real-life adventures of courtier courtesan Diane de Poitiers. Well-versed in all the Renaissance humanities, Diane's wit and striking beauty enable her to thread her way through court and scandal while playing the 16th Century game of thrones. Roger Moore is the Dauphin that rules her heart, while Marisa Pavan is the de Medici that schemes to still it. Screenplay by literary lion Christopher Isherwood, with a cast of character greats such as Sir Cedric Hardwicke, Henry Daniell, and Michael Ansara. Directed by David Miller.