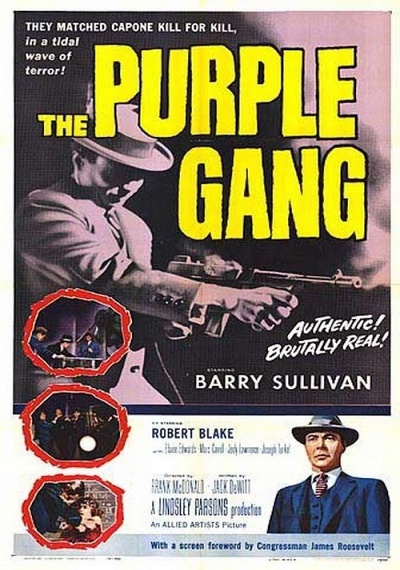 Baby-faced teen Honeyboy Willard (Robert Blake) and his gang of underage hoodlums terrorize Detroit's Prohibition era rum runners until they end up controlling the city's entire underworld. The Purple Gang soon turns its intentions to the local businessmen, driving the merchants to seek aid from the Chicago mob. But Honeyboy and the Purple Gang weren't about to bow to Capone and his cronies. Based on true events.