The Right To Live 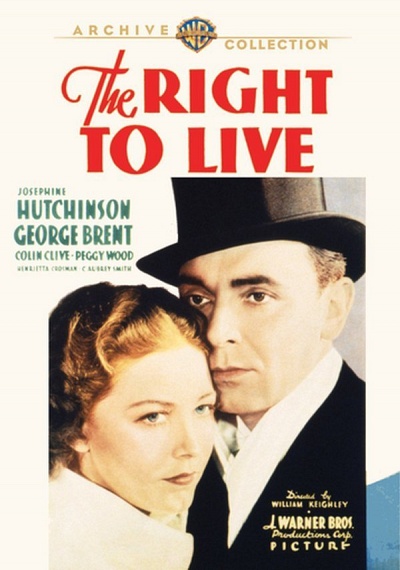 An unfaithful wife is accused of her invalid husband's murder in this powerful adaptation of W. Somerset Maugham's controversial 1928 stage play, The Sacred Flame, starring Josephine Hutchinson, George Brent and Colin Clive. Shortly after his marriage to Stella (Hutchinson), wealthy aviator Maurice Trent (Clive) loses the use of his legs in a crippling accident. Deceived into believing he'll walk again, Maurice asks his brother Colin (Brent) to escort Stella about town until he's well. But when the two fall in love and Maurice suddenly dies, his suspicious nurse (Peggy Wood) declares it an unnatural death and accuses Stella of murder. First filmed in 1929, The Right to Live could not use Maugham's original denouement, as mercy killings were no longer allowed by the Production Code. Instead, the filmmakers came up with an O. Henry twist, which surprised audiences while keeping the play's impact intact.