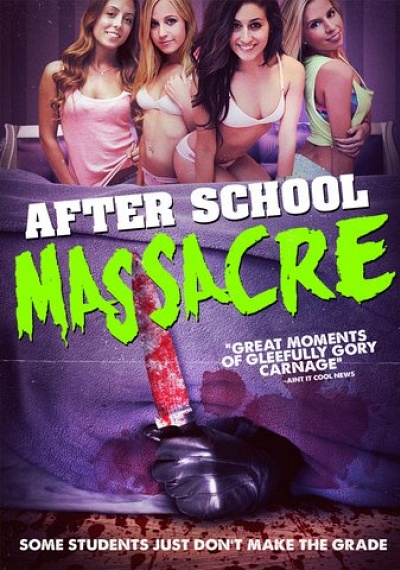 Two high school students head to the room of their senior year history teacher Mr. Anderson to deal with a little problem. During class he confiscated a hat and they want it back. On top of that, they're upset that he hasn't accepted their friend request! When he relents and accepts the request, those above him feel he's broken professional protocol and he's fired on the spot. In a fit of rage he kills both the principal who fired him and an innocent secretary who is in the wrong place at the wrong time. Meanwhile, Jess is gathering her friends for a sleepover but there is one minor caveat: the last time she had a sleepover, one of her friends overdosed and died. You'd think mom would be paying attention to how many teenage girls are running around her house in their underwear, much to the delight of some booze swilling peepers just outside the window. The cops are soon on the case, but with Anderson's psychotic rage reaching a fever pitch, it might be a case of too little, too late.