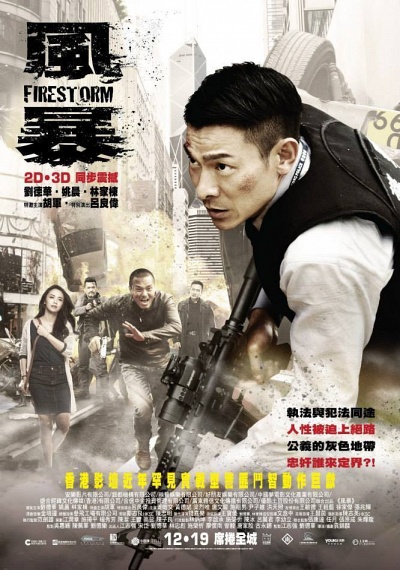 A storm is heading toward the city of Hong Kong, threatening the lives of everyone in its path. As citizens scramble for cover, a crew of seasoned criminals stage a series of armored car heists in broad daylight, showing no mercy to anyone who gets in their way. Hardboiled police inspector Cao Nam (Andy Lau) has had enough. He vows to take back his city, but quickly learns that regular police tactics are no match for the thieves' unmerciful brutality. The more Nam pursues them, the more unhinged he becomes - and the savage confrontation brewing in the streets may leave an aftermath even more horrifying than the devastating effects of nature itself.