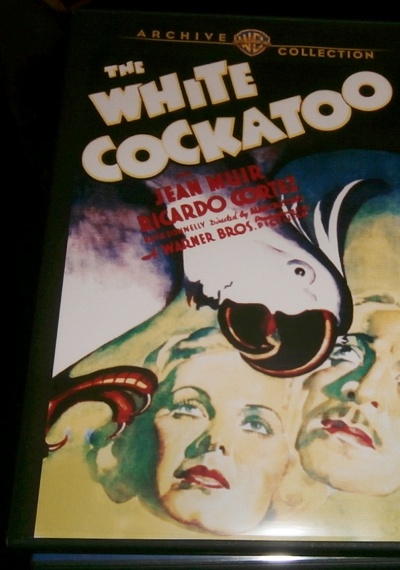 When she was a tot, Sue Talley was given half a Biblical quotation. Now she's in France, eagerly awaiting a reunion with her brother, whom she hasn't seen since early childhood. How will Sue recognize him? He has the other half of the quotation. Put them together and brother and sister can claim a handsome inheritance – but only if they live to collect it. A fine cast, that includes such mystery stalwarts as Ricardo Cortez (1931's The Maltese Falcon) and Minna Gombell (The Thin Man), gathers clues and stumbles over corpses in The White Cockatoo. New love, a kidnapping plot, a missing room key, a miniature sword and a crime-solving cockatoo complicate the action, guided by groundbreaking director Alan Crosland (The Jazz Singer, John Barrymore's Don Juan). The White Cockatoo is one of Crosland's last films, released the year before his death at age 41 from injuries sustained in a car accident.