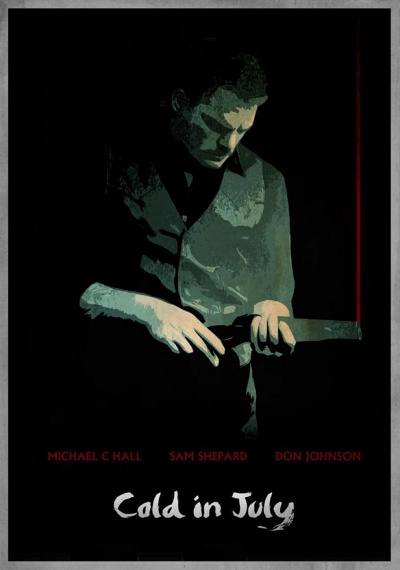 On a sweltering Texas summer night in 1989, husband and father Richard Dane (Dexter's Michael C. Hall) awakens to the sound of a burglar breaking into his home. In a panic, he shoots the intruder dead—but this nightmare is only just beginning. Although he's hailed as a small-town hero, Dane soon finds himself fearing for his family's safety when the burglar's ex-con father, Ben (Sam Shepard), rolls into town; hell-bent on revenge. However, not all is as it seems. Misled by the cops and desperate for answers, Richard embarks on an increasingly berserk, bloodstained quest to discover what really happened that night. The plot twists pile up faster than the body count in this blistering mystery of vengeance and vice, directed by Jim Mickle (Stake Land, We Are What We Are) with scene-stealing performances from Sam Shepard and Don Johnson as a pair of Texan badasses. Based on the novel by Joe R. Lansdale.