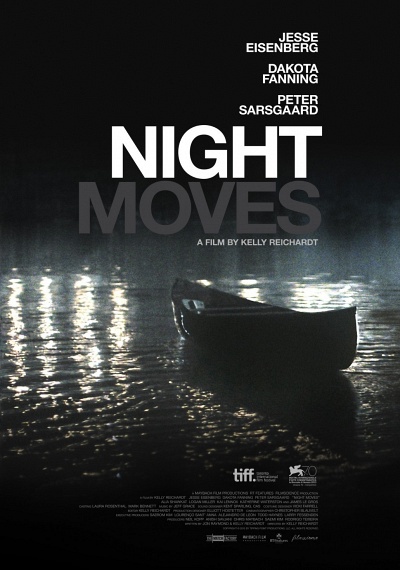 Kelly Reichardt's suspense-thriller Night Moves is the story of three radical environmentalists coming together to execute the most intense protest of their lives: the explosion of a hydroelectric dam. Harmon (Peter Sarsgaard, The Killing) is a former Marine, radicalized by tours of duty overseas. His life in the military is behind him, but at heart he remains excited by the prospect of mayhem and destruction. Dena (Dakota Fanning, The Twilight Saga) is a high-society dropout who's moved west and cut ties with her family, edging ever deeper into radical politics. And Josh (Jesse Eisenberg, Social Network), their leader, is a self-made militant, devoted to the protection of the earth by any means necessary. As the three plan, carry out and then witness the fallout of their attention-grabbing act of sabotage, they find their own personal limits tested on a journey of doubt, paranoia and unintended consequences.