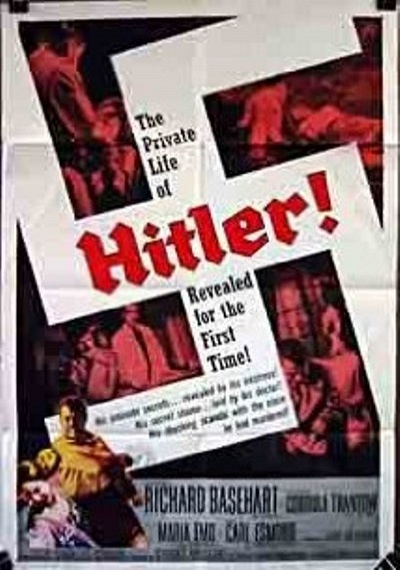 Richard Basehart delivers an incendiary performance as history's most notorious madman in this searing exposé of the private life of Adolf Hitler. A semi-factual account of the Füehrer's rise and fall, this rarely seen film follows Hitler's political career from the failed Beer Hall Putsch of 1923 to his suicide in a Berlin bunker at the end of WWII. Inspired by a 1959 interview with a woman who claimed to be his lover, Hitler mixes historical fact with the theory that impotence and an Oedipal complex fueled the Füehrer's psychotic quest for power. Costarring John Banner (Hogan's Heroes) and Cordula Trantow in a Golden Globe®-nominated* performance as the Füehrer's beloved niece Geli, Hitler was the final film directed by Stuart Heisler, whose career spawned hits in a wide range of genres including mystery (The Glass Key), comedy (Along Came Jones), musicals (Blue Skies) and drama (Storm Warning).