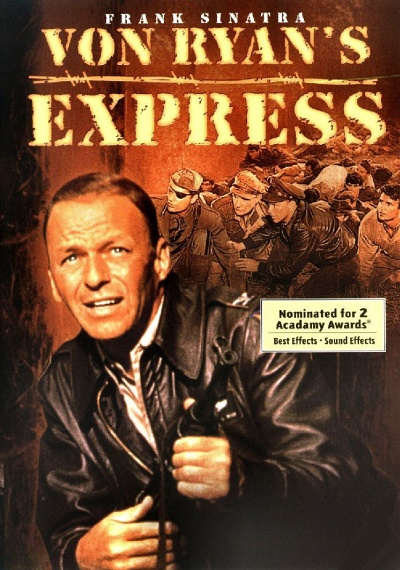 "Von Ryan's Express" features a troop of allied soldiers trying to break away from a prison camp in Italy. While the majority of the prisoners at the camp are British, a strong-minded, quick-witted American Air Force colonel takes charge and leads the escape, which requires that the prisoners to sneak onto a German train bound for Switzerland. Ryan, an American POW, leads his fellow prisoners on a hazardous escape from the Germans in Italy by taking over the German train. Having apparently made errors of judgment, Ryan has to earn the support of the British soldiers he is commanding.