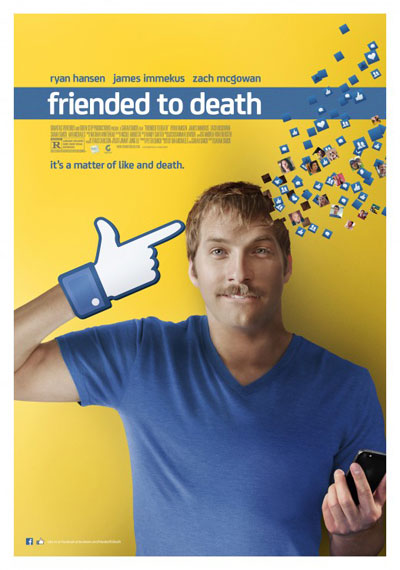 Ever wonder: if I died tomorrow, who would come to my funeral? How badly do you want to know the answer? And how far would you go to find out? Friended to Death tracks the comedic extremes to which Facebook addict Michael Harris will go in his desperate attempt to find out who his true friends are. After having the worst day of his life, Michael (Ryan Hansen - Veronica Mars, Party Down), finds himself fired from his dream job and ditched by his best friend Joel (Zach McGowan - Shameless, Black Sails). Wounded and vengeful, with nothing more to lose than his own inflated ego, Michael does what any social media-obsessed loner would do: he fakes his death online to see who shows up at his staged funeral. But what begins as a simple litmus test for friendship combusts into a nuclear meltdown leaving Michael to contain the fallout. In the end, a tongue-in-cheek commentary emerges from the ashes, in this hilarious examination of friendship in today's hyper-connected world of social media.