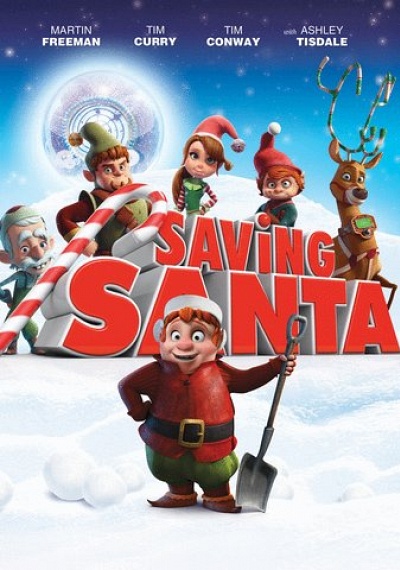 Yultide cheer is kicked into high-gear in this family holiday adventure. A lowly stable elf (Martin Freeman of THE HOBBIT FRANCHISE) finds he must stop an invasion of Santa's Kingdom by the evil Neville Baddington (Emmy® Award-Winner Tim New Releasery of CHARLIE'S ANGELS). He discovers the only solution is to activate the secret TimeGlobe time travel device in Santa's sleigh. Now this once clumsy elf will assemble the courage to blast back in time to rescue the North Pole, and by the way things are going he may have to make two trips! From the filmmakers behind THE LITTLE MERMAID and SCOOBY DOO, this family comedy costars Golden Globe®-Winner Joan Collins (TV's DYNASTY) and Tom Barker (DOCTOR WHO).