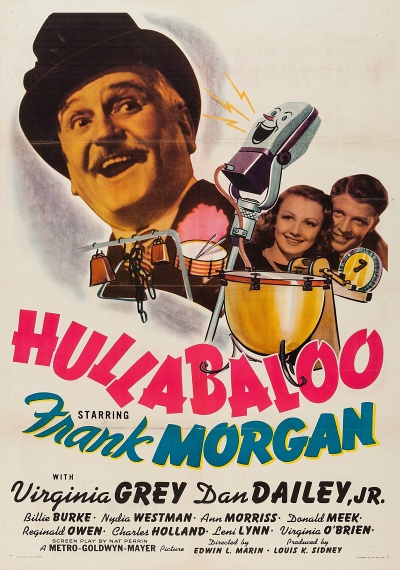 Eager to make a name in radio, ex-vaudevillian Frank Merriweather (Frank Morgan) hits the airwaves by playing all the roles in a skit about Martian invaders. He plays the parts too well, raising panic in the streets and causing station brass to fire him. Hullabaloo's spoof of the Orson Welles' The War of the Worlds radio event is an antic highlight of this movie musical centered on merrily befogged Merriweather's attempt to restore his career – all while reuniting with his three children (from his three alimony-seeking ex-wives!). Joining Morgan for the fun is a mix of screen veterans (Billie Burke, Donald Meek), rising talents (Virginia Grey, Dan Dailey, Jr.) and specialty performers that include deadpan song stylist Virginia O'Brien and 31-year-old tenor Charles Holland as a singing bellhop. Holland would find operatic success in Europe and make his long-overdue debut at Carnegie Hall at the age of 73.