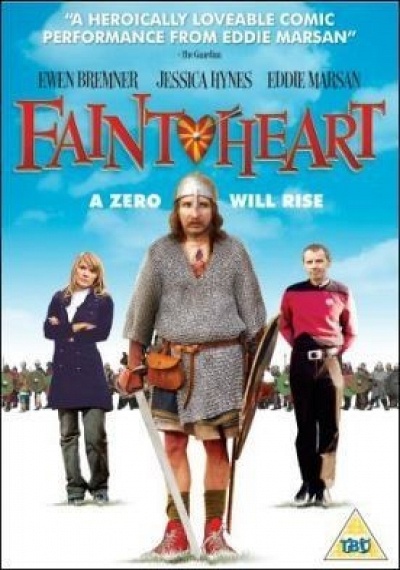 Set in the world of battle re-enactments, FAINTHEART, directed by Vito Rocco, charts the epic quest of Viking Warrior Readmund the Just, aka Richard the sales assistant (HAPPY GO LUCKY driving instructor Eddie Marsan), as he attempts to win back the love of his long suffering wife Cath (Jessica Hynes) and son Martin (Joseph Hamilton). Tired of Richard's all-consuming obsession with his Iron-age alter ego, Cath kicks him out of their home and into the real world. His honor is put in further peril when Cath begins seeing Martin's PE teacher Gary (played by Eastenders' Paul Nicholls). Realizing he must finally face up to the challenges of the present day and fatherly responsibility, Richard enlists the help of best friend and 'Trekkie', Julian (Ewen Bremner). Together with Julian and a merry band of assorted geeks known as the 'Bloody Broadswords', Richard must summon all of his Norse courage to discover the real warrior within and prepare for his greatest ever battle. From IFC Films.