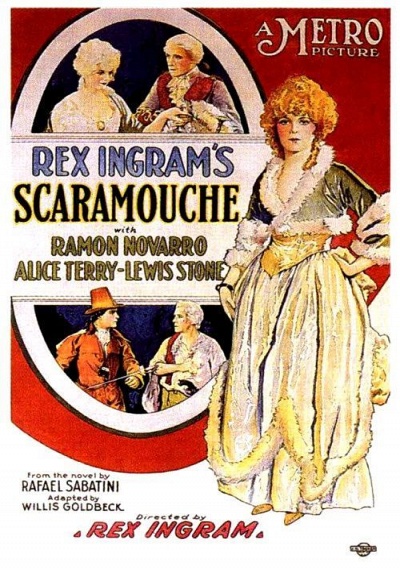 "He was born with a gift of laughter and a sense that the world was mad." Thus opens Rafael Sabatini's historical novel on which this fanciful film is based, following the sensational exploits of a young lawyer thrown into the tumult of the French Revolution. There he becomes an actor portraying the celebrated character Scaramouche, a chameleon who plays both rogue and fool. First published in 1921, it became an instant bestseller, flying onto the stage and then to film in just over two years.