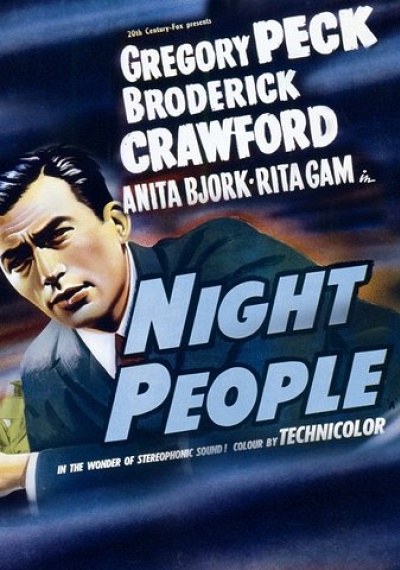 Night People is a story revolving around a young American GI's kidnapping in post-World War II West Berlin by Soviets. They kidnap him in hopes of exchanging him for two ex-Nazis who double-crossed the Germans during the war, and are now in hiding in West Berlin. A CIA officer stationed in West Berlin, Col. Van Dyke (Gregory Peck), is charged with handling the crisis. The American GI's father is a very powerful businessman, Charles Leatherby, who flies to West Germany to pressure for the safe release of his son.