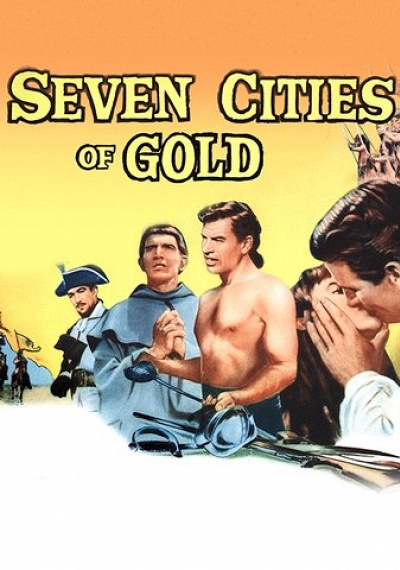 Based on the novel by Isabelle Gibson Ziegler, SEVEN CITIES OF GOLD tells the story of Father Junipero Serra, the 18th-century Jesuit priest who founded the first missions in California. In the hands of Hollywood a tale of conflict is introduced as the natives clash with the Spanish military. One of the Spanish officers betrays a young native woman, and it is agreed that in order to keep peace, the officer will volunteer to submit himself to a tribal ritual of retribution.