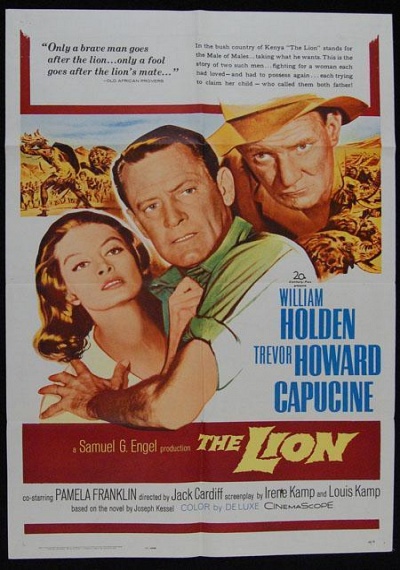 A saga about growing up, relationships and romantic love, THE LION is set in Africa with all the added visual benefits of the African landscape and animals. Divorced New York lawyer Robert Hayward (William Holden) finds himself unexpectedly in Kenya because his ex-wife Christine (Capucine) is having some problems with their eleven-year-old daughter, Tina (Pamela Franklin). Christine has remarried and her new husband, John Bullit, a former big-game hunter, now manages a large Kenyan animal preserve. After Robert arrives, he is surprised to find that his daughter has an almost obsessive relationship with a lion. But what's even more worrisome is that he realizes he still loves his ex-wife; and her new husband is not blind to the dynamics of this sudden romantic triangle.