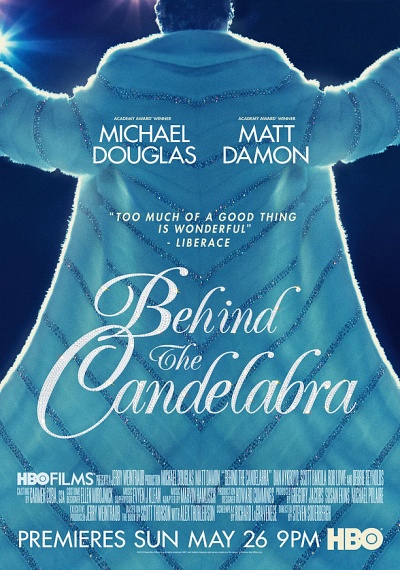 Show-biz icon Liberace's tempestuous five-year relationship with a young live-in lover is recounted in all of its extravagant and flamboyant glory in this HBO Films production. Oscar(R) winners Michael Douglas ('Wall Street') and Matt Damon ('Good Will Hunting') star as the legendary entertainer and his partner Scott Thorson who lived together in Liberace's opulent Las Vegas mansion from 1977 to 1982--a time when Liberace was at the height of his popularity, but remained closeted as a homosexual. Dan Aykroyd, Scott Bakula, Rob Lowe and Debbie Reynolds co-star. Directed by Steven Soderbergh; screenplay by Richard LaGravenese, based on the book by Scott Thorson with Alex Thorleifson.