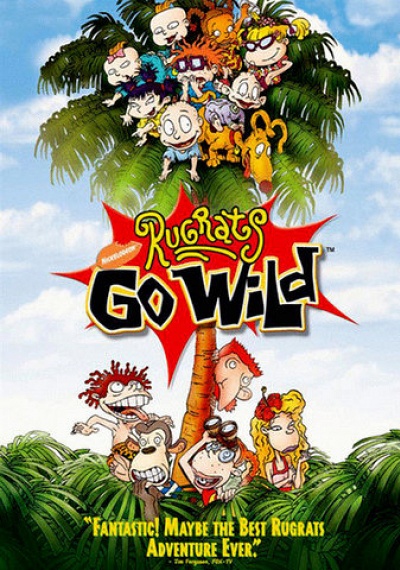 Two of the most popular animated series on the children's cable network Nickelodeon get wrapped up in one big-screen package in this comedy-adventure, featuring the characters from Rugrats and The Wild Thornberrys. Drew and Didi Pickles (voices of Michael Bell and Melanie Chartoff) decide to take a special vacation with their children, Tommy (voice of Elizabeth Daily) and Angelica (voice of Cheryl Chase), with their friends (both grown-ups and toddlers) coming along for the ride. However, the ship Drew has chartered isn't especially seaworthy, and their party ends up stranded on an uncharted island in the Pacific. The kids figure the day is saved when they discover that famous explorer and television personality Sir Nigel Tornberry (voice of Tim Curry) is also on the island with his family, but after he gets a world-class knock on the head from a coconut, Nigel's upper intellectual register gets knocked out of commission. The Rugrats are then forced to turn to Nigel's daughter, Eliza (voice of Lacey Chabert), who not only knows the wilds, but can talk to animals, which comes as quite a surprise to Spike (voice of Bruce Willis), the Pickles' family pooch. Rugrats Go Wild also features the voice talents of LL Cool J, Cree Summer, Nancy Cartwright, Jack Riley, and Flea.