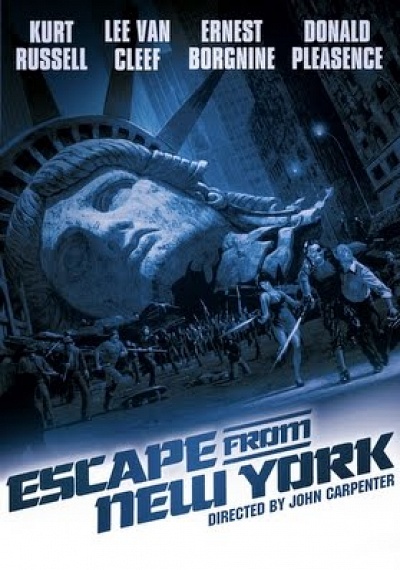 The year is 1997. Manhattan Island is now a heavily guarded maximum-security prison, where the scum of the earth have converged. When Air Force One crash-lands in Manhattan, the president (Donald Pleasence) is held hostage by its denizens. One-eyed mercenary Snake Plissken (Kurt Russell) is strong-armed into rescuing the chief executive. He is aided, not always willingly, by a tough gal (Adrienne Barbeau) and a manic cab driver (Ernest Borgnine). Escape from New York was followed by a sequel of sorts in 1996, Escape From L.A., again starring Kurt Russell.