Superman vs. the Elite 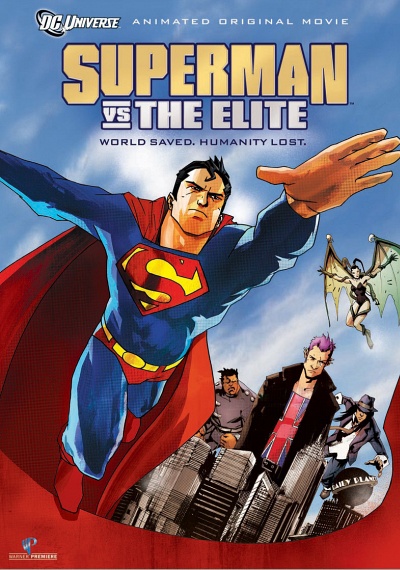 When catastrophe strikes, Superman once again rushes into action, but this time he gets some unexpected help from a new squad of super heroes calling themselves The Elite. Comprised of four powerful beings and spearheaded by the brash and calculating, Manchester Black, this new force brings a raw, no-holds-barred mentality to the battle against evil. With swelling public support of The Elite's vicious methods, the stage is set for a showdown that has Superman feeling outnumbered and outdated. With a stellar voice cast headed by George Newbern, Pauley Perrette and Robin Atkin Downes, this epic DC Universe Animated Original adventure explodes with a clash of styles and super powers that begs the question, which will break first – The Man of Steel or his code?