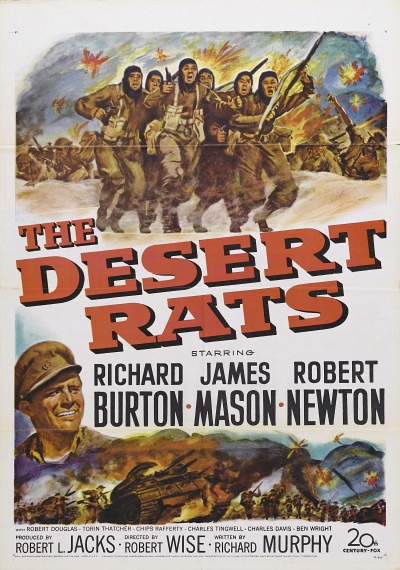 Richard Burton stars in this exciting story of the stubborn, courageous men who held Rommel at bay in North Africa despite being hopelessly outnumbered. The year is 1941, and Rommel has the British in full retreat. All that stands between him and the Suez Canal is the fortress of Tobruk, manned by a small army of Australian troops who are ordered to hold this vital position at any cost. Many of the men are green recruits, and it falls to Capt. MacRoberts (Burton) to whip them into shape. A bold tactician who realizes they will soon be overwhelmed if they do not take the offensive, MacRoberts leads countless daredevil raids that keep the superior enemy off-balance and earn his men the famous nickname they "won with blood and bore with pride." Directed by Robert Wise and co-starring James Mason in a reprise performance as Field Marshall Rommel (whom he first played in The Desert Fox), this stirring blend of action and history pays tribute to the heroic men known in the annals of war as The Desert Rats.