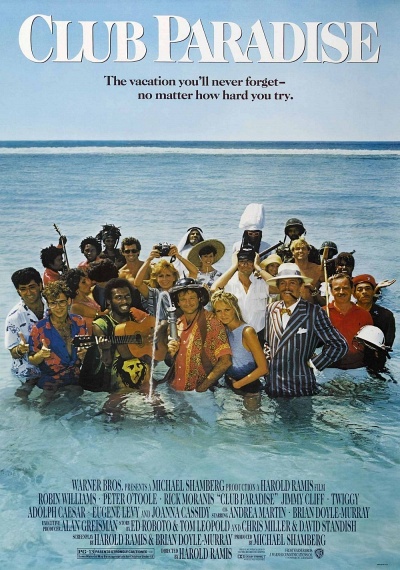 Injured while risking his life to save an angry German shepard, Chicago Firefighter Jack Moniker retires and moves to a small carribean island named St. Nicholas. There, he is befriended by the owner of a run-down resort, Ernest Reed. Greedy developers are schemeing to wrest Reed's coveted beach front property from him for non-payment of taxes. Jack comes to Ernest's rescue, and together they renovate and reopen the resort catering to affluent Americans. The film follows the zany exploits of the proprietors, guests and various colorful island denizans, as they break in the new "Club Paradise".