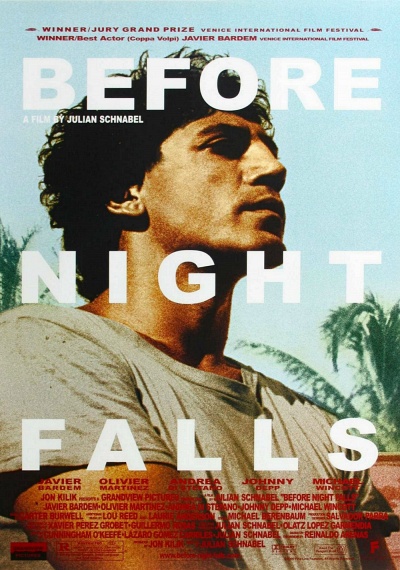 Academy Award-winner Javier Bardem ("No Country for Old Men," "The Sea Inside") stars and was nominated for an Academy Award and Golden Globe for his performance as the Cuban poet and novelist, Reynaldo Arenas, who was singled out by his teachers and encouraged to further his skills as a writer no easy task, considering the Castro regime's censorship of any work considered to be subversive or anti-authoritarian. Still, the author manages to smuggle his work out of the country through friends, who arrange for one of his novels to be published in France. Not only persecuted for his creative beliefs, the openly gay Arenas is jailed on a bogus sex charge; he escapes internment only to be captured and persecuted later for his contraband dispatches. In 1980, Arenas is finally allowed to leave Cuba for the United States, where he achieves freedom of expression. Also starring Academy Award-nominee and Golden Globe-winner Johnny Depp ("Charlie and the Chocolate Factory," "Pirates of the Caribbean" franchise).