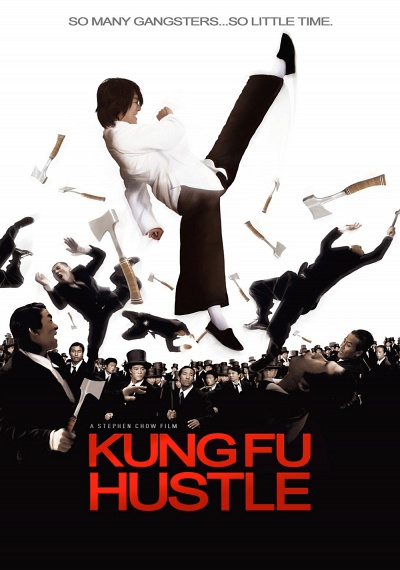 From Asia&#39;s top comedy star Stephen Chow comes Kung Fu Hustle, the highly anticipated follow-up to his smash 2001 hit Shaolin Soccer. Set amid the chaos of pre-revolutionary China, scruffy Sing (Chow) is looking to elevate his status in hopes of joining the sophisticated and ruthless Axe Gang. When Sing attempts to extort money from a local at the crowded apartment complex known as &quot;Pig Sty Alley,&quot; his comical attempts at intimidation inadvertently attract the Axe Gang into the conflict. The dilemma finds the inhabitants of the Pig Sty fighting for their lives and unearthing some legendary martial arts masters. Sing now must face his own mortality in order to discover the true nature of the kung fu master.